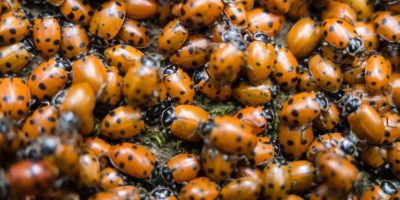 A swarm of ladybugs moving through San Diego County was so large it registered on the National Weather Service’s (NWS) weather radar Tuesday night, CBS Los Angels reports. The NWS office in San Diego tweeted out a video of the radar that looked to be showing precipitation but was in fact what they called a ladybug “bloom.”

The large echo showing up on SoCal radar this evening is not precipitation, but actually a cloud of lady bugs termed a “bloom” #CAwx pic.twitter.com/1C0rt0in6z

The ladybugs were reportedly flying between 5,000 and 9,000 feet high, according to the Los Angeles Times.