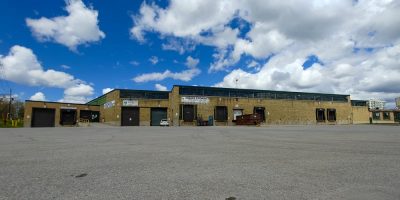 A proposed location has been identified for a supervised consumption site (SCS) in the City of Barrie.

Following extensive public consultation, 19 Innisfil Street (also known as 80 Bradford St., Unit 940) has been identified as a proposed location for an SCS in the city. A number of factors went into the decision, including proximity to existing services. Consideration was also given to how close the facility would be to other public facilities like schools, parks, daycare centres, and businesses.

The search for a prospective location came following consultation that included online surveys, discussions with stakeholders, and virtual consultation sessions with neighbours in the area. The search for the location was carried out by the Canadian Mental Health Association’s Simcoe County Branch, along with the Simcoe Muskoka District Health Unit as co-applicant.

“We appreciate everyone who took the time to participate in any of our consultations or reached out to us,” said Dr. Lisa Simon, Associate Medical Offer of Health for the Simcoe Muskoka District Health Unit. “Community consultations have been a critical part of the SCS application, ensuring that a wide range of community members have the opportunity to express their needs, thoughts and concerns so that the location can best meet the needs of people who use drugs, as well as those of the broader community.”

The next step in the application process is to get an endorsement of the proposed SCS location from Barrie City Council. The location will be proposed at its May 25 meeting. If council gives its endorsement, an application will be made to the province for funding approval and to the federal government for exemptions from the Controlled Drug and Substances Act.