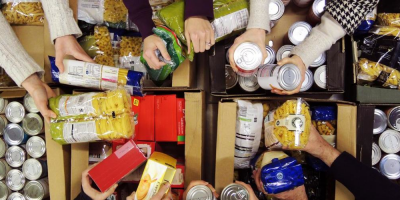 Rising inflation and housing costs, and emerging from the pandemic, it has meant record numbers at the Barrie Food Bank (BFB).

Executive Director Sharon Palmer tells Barrie 360 January was the busiest they have ever been with about 1,259 households using their services which breaks down to nearly 2,300 individuals, and of those, around 900 are children.

The BFB isn’t immune to rising costs and is currently planning its budget to see how it will be able to accommodate expected growth in clients this year.

“We have to think about the amount of food we give out and some of the extras we provide,” said Palmer. “We’ve been able to give out diapers for young families, but they are very expensive.”

The BFB is planning a spring food and financial drive.

“We are looking to get more support to keep being able to provide the level of service we’ve had, but we are thinking about what changes we would make if we get to that point.”

The people coming through the door at the BFB, according to Palmer, include those who have full and part-time jobs, quite often minimum wage jobs, and she says these individuals just cannot make everything come together at the end of the month.

“We are also seeing increased numbers of seniors. And I think again, that’s inflation and the housing costs. If you are on a fixed income, you are just not able to keep up right now.”

The Barrie Food Bank relies entirely on personal, private and company donations of both food and financial donations to succeed.