The Barrie Colts couldn’t hold the lead as they fell 4-3 to the Windsor Spitfires Thursday.

The visitors held a 3-1 lead thanks to a pair of goals from Luke Bignell and a single from Ben Hawerchuk but the hometown Spitfires stormed back with one to wrap up the second period and two in the final frame.

Aidan Brown, Riley Piercey and the newest signee of the Buffalo Sabres, Matej Pekar, contributed with assists for the Colts.

Jet Greaves took the loss in the crease with 25 saves.

The Colts cross the border and find themselves in Michigan for the weekend. They’ll take on the Saginaw Spirit Friday night and then the Flint Firebird Sunday afternoon. 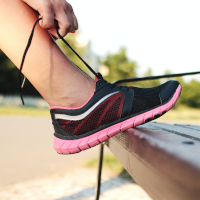