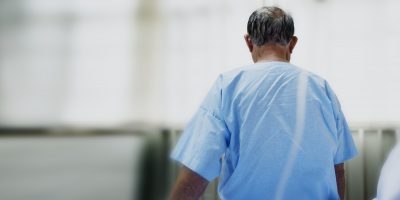 Ontario was not prepared for a pandemic and had no plans to protect residents in long-term care homes due to years of neglect, according to a report by an independent commission.

The 322-page document from Ontario’s Long-Term Care Commission was presented to the Ford government on Friday night. The mandate of the commission was to investigate how and why COVID-19 spread in nursing homes.

The report said the province’s slow and reactive response to the virus was compounded by the fact the long-term care sector was nowhere near prepared for a pandemic.

“Critical decisions came too late and the government’s emergency response system proved inadequate to protect staff and residents from COVID-19,” the report found.

More than 3,700 residents in long-term care and 11 staff have died from the virus. Nearly 2,000 of those deaths occurred during the first wave.

“Many of the challenges that had festered in the long-term care sector for decades — chronic underfunding, severe staffing shortages, outdated infrastructure and poor oversight — contributed to deadly consequences for Ontario’s most vulnerable citizens during the pandemic,” the commissioners wrote.

“Now is the time to revisit the delivery model for long-term care and adopt a better way to provide care for Ontario’s seniors,” the report said.

The province’s pandemic plan had not been updated since 2014, the commission found.

“The province’s lack of pandemic preparedness and the poor state of the long-term care sector were apparent for many years to policymakers, advocates and anyone else who wished to see. Ontario’s policymakers and leaders failed during those years to take sufficient action, despite repeated calls for reform,” the report stated.

“Rather, the commitment and resources needed to prepare for a pandemic and address long-neglected problems with long-term care were shunted in favour of more pressing policies and fiscal priorities.”

The commission found the province did not learn lessons from the SARS epidemic in 2003.

The report noted that long-term care advocates and experts have repeatedly been calling for an overhaul of the sector even before the pandemic struck. Staff issues were a problem, and many homes had infrastructure that was outdated and not up to standards.

“Containing a virus in such a setting would prove to be difficult,” the report said.

The commission also looked at the Ford government’s response to the second wave. The report said despite the preparations by the province during the summer when “there was a lull in the storm,” it did not protect residents from a deadlier second wave.

“It is clear, though, that problems such as insufficient staff, lack of training, and aging home infrastructure were too deeply ingrained to overcome in the period between the first and second wave,” the report stated.

“It is plain and obvious that Ontario must develop, implement, and sustain long-term solutions for taking care of its elderly and preparing for a future pandemic.”

The commission report contains 85 recommendations. Among them, the province should maintain a pandemic stockpile, including personal protective equipment.

“Pandemic preparedness must be a constant priority. The lives of those most at risk depend on it. When COVID-19 slammed into an already vulnerable long-term care sector, the cost of that lack of preparedness was on full display.”

“As it should have done following the SARS outbreak in 2003, the province must now accept that there will be another pandemic; it is not a matter of it but when.”

The commission reports counselling services be made available to staff and residents whose emotional and psychological well-being were affected by COVID-19.

“Many continue to be traumatized as a result of this experience and will require ongoing counselling and support,” the report reads.

The commission is also recommending standardizing and prioritizing infection protection and control practices in long-term care homes. The commission found that the long-term care sector did not have established relationships with the health care system, particularly hospitals.

Resident-focused care and quality of life must improve. “When COVID-19 entered the homes, many residents were subject to isolation and decreasing levels of care in an environment charged with fear and uncertainty. This situation should never be forgotten and never be replaced,” the commission stated.

For residents, the mental health consequences were akin to those faced by prisoners in solitary confinement, the commissioners said.

The commission is also recommending an increase in accountability and transparency.

“When leadership at any level falters, those who work in and depend on the system pay the price,” the report stated.

“Leadership, accountability and oversight were, to a significant degree, lacking in the system, and in many homes before COVID-19 hit. These shortfalls contributed to the fear, uncertainty and deteriorating levels of resident care and quality of life visited upon residents, their loved ones, and front-line staff during the pandemic.”

The province must also enhance whistleblower protections to better protect residents’ safety and well-being, and to strengthen investigations under the Health Protection and Promotion Act.

“The devastation that was visited upon long-term care residents and those who care for them must never be repeated. Immediate and sustained action to resolve and improve the issues the pandemic uncovered must be taken,” the commission concluded.

“The Ministry of Long-term Care should on the first and third anniversaries of the release of this report table in the legislature a report describing for the benefit of the stakeholders and the public the extent to which it has implemented this commission’s recommendation.”