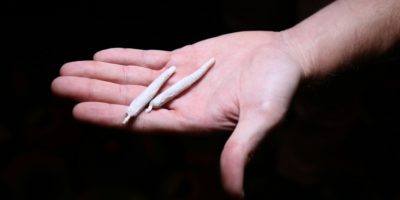 An alleged cannabis delivery driver is facing a slew of charges after police performed a sting operation in Muskoka.

The OPP was tipped off about a possible delivery service operating throughout Muskoka District and on February 19 began following the suspected delivery vehicle.

Police say they watched as the vehicle made a number of stops from Gravenhurst to Huntsville before stopping the vehicle and arresting its driver. The OPP claim about over $10,000 in cannabis was seized, including dried buds, hash, resin, edibles, and a handful of disposable vape pens. A prohibited collapsible baton was also seized from the vehicle.

A 42-year-old Toronto man is facing a number of charges including possession of cannabis, a prohibited weapon, and stolen property. He is expected in Huntsville court in early April to answer to charges laid.