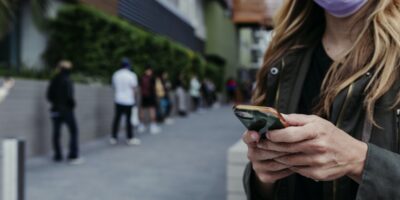 While plans to relax pandemic restrictions vary across Canada, Trudeau said every province/territory needs to be able to identify and isolate new COVID-19 cases.

The Prime Minister says they can assist provinces with contact tracing by providing federal government employees that can make 3,600 calls a day, to people who may have come in contact with someone infected with the virus.

On top of that, Trudeau says Statistics Canada has made 1,700 interviewers available, who can make up to 20,000 contact tracing calls a day.

“We know that contact tracing is a challenge, and that’s why we’ve put forward the logistical support to help deliver that,” said Trudeau during his media briefing on Friday from Rideau Cottage.

Not every province is on-board though. While Ontario has signed on for contact tracing help, Quebec has not.

Trudeau says the federal support is meant to help with surges or backlogs in contact tracing.

“In regards to an app, we’re are still working on that and will have more to report in the coming weeks,” said Trudeau.

He says Apple and Google are releasing a new system within their app in June.

“We are waiting on that, and we will recommend strongly one particular app to Canadians.”

Ontario Health Minister Christine Elliott says Ontario is actively looking for the right app and one that’s going to work with the rest of the country.

The idea is that digital contact tracing will identify if you’ve potentially been exposed to COVID-19 and then alert you to self-isolate.

It may be a tough sell to the public though.

Some governments, like in Australia, are marketing these public health apps as a way to speed up the loosening of pandemic restrictions.

Australia was among the first countries to launch a national contact tracing app.

Canada has the capacity for 60,000 tests per day

The Prime Minister says we have the capacity to conduct 60,000 COVID-19 tests a day, but we have been averaging only about 28,000.

“We haven’t reached that level yet because the situation varies across the country,” said Trudeau.

Ontario Premier Doug Ford has continued to call for expanded testing as his government continually fails to hit it’s own target.

Related: Premier Ford says if has to make robo-calls for people to go get tested, he will

Trudeau says the next phase in collaborative efforts with premiers is on testing, contact tracing and data collection.

He says he told premiers during their meeting Thursday night that the federal government is there to support, facilitate and fund this work.

There is currently no national testing or contact tracing strategy in Canada.

Debate continues on the resumption of Parliament

The resumption of Parliament continues to be debated. Andrew Scheer and the Conservatives are pushing for a return to normal functions on Monday, when parliament is supposed to resume.

The official opposition says they can do this with a reduced number of MPs.

Scheer says the Trudeau government is refusing to consider other options for a functioning House of Commons and “is not negotiating in good faith.”

“Virtual committee meetings are not a replacement for Parliament,” said Scheer.