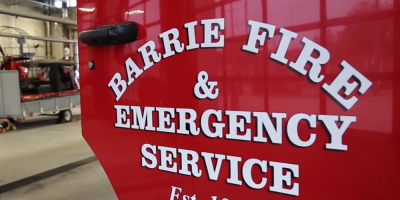 The Barrie Fire Department is investigating the cause of a garage fire in the city’s east end.

Crews were called to a home on Eugenia Street near St. Vincent Street around 5:30 a.m. on Monday.

A fire department spokesperson told Barrie 360 the garage was detached from the residence and there was no damage to the home and no injuries to the occupants inside. The spokesperson was unable to provide a damage total.

The fire was called in by the homeowner.