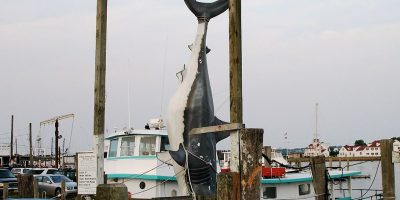 Shark and ray populations around the world have declined a “staggering” 70% over the past 50 years — and scientists say humans are to blame. If nothing changes, overfishing could soon wipe them out completely.

A study, published Wednesday in the journal Nature, measures shark and ray populations from 1970 to 2018, finding a 71.1% decrease. Three-quarters of the species are now threatened with extinction, and scientists say the true collapse is likely even worse than their findings.

Researchers hope the study serves as an “urgent wake-up call.”

“Knowing that this is a global figure, the findings are stark,” co-author Nick Dulvy said in a news release. “If we don’t do anything, it will be too late. It’s much worse than other animal populations we’ve been looking at.”

Out of a total of 31 species of oceanic sharks and rays, 24 are now threatened with extinction, and many are classified as critically endangered.

“It’s an incredible rate of decline steeper than most elephant and rhino declines, and those animals are iconic in driving conservation efforts on land,” Dulvy said.

Fishing of oceangoing sharks and rays has increased 1,800% since 1970, according to the study, with an estimated 63 million to 273 million sharks killed each year in the early 2000s. They are fished for their meat, fins, fill plates and liver oil — shark fin soup is considered a status symbol in some parts of Asia.

“We can see the alarming consequences of overfishing in the ocean through the dramatic declines of some of its most iconic inhabitants,” said lead author Nathan Pacoureau.

Low population growth rates make it especially difficult for sharks to bounce back from over-exploitation. But scientists say that conservation can still work if implemented properly.

The study urged lawmakers to act immediately to “prevent shark population collapses” — which would be devastating for both the health of marine ecosystems and the food security of people around the world. As top predators in the ocean, sharks help maintain balance of the food chain and they also boost the health of seagrass beds and coral reefs.

International cooperation is needed to make true progress “before depletion reaches a point of no return,” researchers said.

“It’s something policymakers can no longer ignore,” Pacoureau said. “Countries should work toward new international shark and ray protections, but can start immediately by fulfilling the obligations already agreed internationally.”

Conservation efforts have already shown some promise, but need to be implemented on a much larger scale.

“Our analysis is generally grim, but there is hope to be found in a few shark conservation success stories,” Sonja Fordham, President of Shark Advocates International, said in a statement. “We document rebuilding for several Northwest Atlantic species, including Great White Sharks and Hammerheads, achieved through science-based fishing limits. Relatively simple safeguards can help to save sharks and rays, but time is running out.”

“We urgently need conservation action across the globe to prevent myriad negative consequences and secure a brighter future for these extraordinary, irreplaceable animals.” 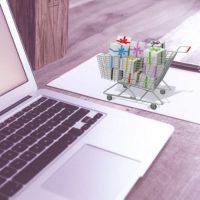