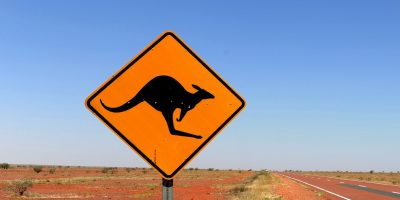 Australians have had a very different experience of the pandemic than Americans. Right now, there are only 106 known coronavirus cases and 21 hospitalizations in all of Australia.

Ahead of next month’s Australian Open tennis tournament, some players haven’t even been able to leave their hotel rooms due to strict COVID-19 protocols.

CBS News Foreign Correspondent Holly Williams reports many of the best players in the world are stuck practicing by themselves in cramped quarters, but quarantine is the price they pay to play in a Grand Slam tournament in a country where life is almost back to normal.

Beginning in March, Australia closed its borders to everyone except citizens and residents, with few exceptions, like the tennis players. Those who do come are forced to spend two weeks isolated in a government quarantine facility.

“That system is absolutely critical,” says public health professor Jodie McVernon, who advises the Australian government. She says the country got a lot of things right — including rapid contact tracing and a generous social safety net.

“It’s just been very painful to watch what has happened in the U.S.,” McVernon tells CBS News. “It’s just so sad… to think that this may have been preventable.”

While the U.S. bans foreign arrivals from some countries, including China and the U.K., only some states require people to self-isolate upon arrival — and many states have no regulations at all.

Closing borders during a pandemic is actually against the recommendations of the World Health Organization, and public health experts say we still need more data to know exactly what impact the measure really has.

It’s also much easier to do if you’re an island nation, like Australia

Australian authorities have been criticized as heavy-handed at times during the pandemic, including over the arrest of a pregnant woman for posting content online about an anti-lockdown protest.

But one survey indicates that a whopping 85% of Australians support their government’s handling of the crisis.

Williams spoke to her own family in Australia about the pandemic. She asked her sister whether she feels trapped living in a fortress nation.

“To some extent it’s frustrating, because we don’t know when the border will be lifted,” Cassandra said. “But also, we know that the system is working… I think it really makes us feel much safer.”