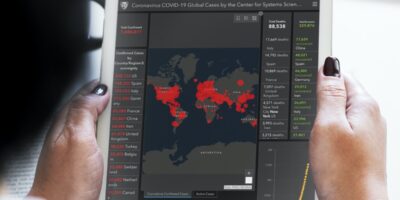 As new cases have increased to above 400 over the past week or so, testing numbers have been trending in the other direction.

Ontario’s network of labs processed 8,170 tests since their last update, far from their self imposed benchmark of 16,000 per day. Ontario’s capacity is 20,000 tests per day.

The province is releasing its new testing strategy this week that Premier Doug Ford says will focus on “hot spots” and “communal workplaces.”

Ford says Peel Region, Windsor-Essex and parts of Toronto are some of the “hot spots” that need more testing.

When asked if he’s going to be rolling back restrictions after large crowds gathered at Trinity Bellwoods park in Toronto on Saturday, the premier said he’s “disappointed to say the least.”

“I’m not going to punish the whole province because a group of people got together,” Ford said. “These are smart young people that were there. Come on guys, give me a break.”

Business groups pen letter to Ford, asking for a moratorium on commercial evictions

A portal to apply for the highly scrutinized commercial rent relief program opened in stages on Monday. Landlords with up to 10 eligible tenants in B.C. Alberta and Quebec or Atlantic Canada can apply today, while landlords in Ontario and everywhere else can apply tomorrow. Landlords with over 10 tenants can apply later in the week.

The jointly funded Canada emergency commercial rent assistance (CECRA) would bring down the cost of rent by 75 per cent for small businesses through April, May and June.

However, the program is contingent on commercial landlords opting in. The CECRA offers unsecured, forgivable loans for eligible commercial property owners.

Both Prime Minister Justin Trudeau and Ontario Premier Doug Ford have implored landlords to opt-in. “If you are a landlord and you and your tenant are eligible, please apply,” said Trudeau on Monday.

“Don’t force my hand, I’m trying to compromise here. We are giving you 75 per cent of what you’re asking for,” Ford said.

However, despite numerous calls, the province has not put a moratorium on commercial rent evictions during the pandemic.

The Canadian Federation of Independent Business, Ontario Chamber of Commerce, Ontario Restaurant Hotel & Motel Association, Restaurants Canada and the Retail Council of Canada penned a letter to Ford asking him to enact a moratorium over fears landlords wouldn’t opt-in.

“I’m asking the landlords again, we’re asking for 25% off you, you need to start signing up for this because you won’t like the consequences if you don’t,” Ford said.