What could’ve been a deadly scenario didn’t reach that point thanks to the public.

A 35 year old Oro-Medonte man faces an April court date in Bracebridge after he was apprehended by the OPP in Gravenhurst.

The vehicle was observed swerving and running a stop sign Monday night around 8:00 by a member of the public. The man tried to swap seats with his passenger, but authorities identified him thanks to assistance from witnesses. 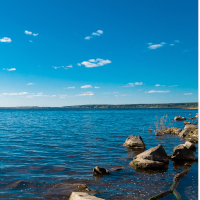