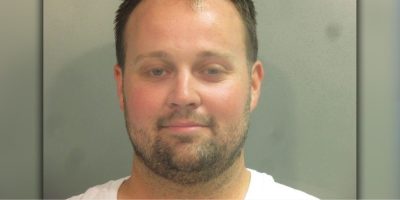 A jury found Josh Duggar, 33, guilty Thursday of two counts of downloading and possessing child pornography. The former reality star faces a sentence of up to 20 years in prison and fines of up to $250,000 on each count.

According to court documents, in May 2019, Duggar allegedly used the internet to download child pornography, some of which depicts the sexual abuse of children under the age of 12.

The federal trial in Arkansas began last week and the prosecution rested its case on Monday, according to the Associated Press. Duggar’s lawyers began calling witnesses, and the defense rested on Tuesday.

Duggar’s lawyers questioned forensic computer analyst Michele Bush, according to the AP. Bush said the computer where the child pornography was downloaded could’ve been remotely accessed and his lawyers argued someone else could’ve placed the pornography on the device.

The computer was used at Duggar’s workplace. In October, his lawyers filed a motion to suppress video evidence found on his devices, arguing the case had become “stale” since so much time had passed between the time federal agents downloaded the files and the time they obtained a search warrant, the Associated Press reports.

However, a federal judge decided to allow videos found on electronic devices used by Duggar to be used as evidence in the case. Even though time had elapsed between the downloading of the files and the search warrant, U.S. District Judge Timothy L. Brooks said the investigators did not take too long to review the electronic devices. He said these searches are complicated and can take a while.

The judge also ruled that that jurors could hear testimony about how Duggar admitted in 2003 to molesting four girls. A Duggar family friend testified about his admittance this week, the Northwest Arkansas Democrat-Gazette reported.

In 2015, In Touch magazine published a 2006 police report that claimed Duggar sexually molested five girls as far back as 2002. The incidents were not reported to police until 2006 and authorities could not pursue charges because the statute of limitations had passed. Duggar’s parents said he confessed to the fondling and apologized, according to the AP.

After the report about Duggar’s molestation allegations became public in 2015, the family’s reality show “19 Kids and Counting” was canceled by TLC. Duggar is the oldest child of Jim Bob and Michelle Duggar, whose family was featured on the show.

That same year, Duggar was also accused of having an account on Ashley Madison, a popular website dedicated to discreet encounters and extramarital affairs. In a statement, he said he was the “biggest hypocrite ever” by being unfaithful to his wife, Anna Duggar.

Just weeks ago, Anna Duggar announced on Instagram she had given birth to the couple’s seventh child, Madyson Lily Duggar.

Duggar’s father Jim Bob Duggar, who previously served in the Arkansas House, is currently running in a special election for a vacant Arkansas state Senate seat, according to the AP.