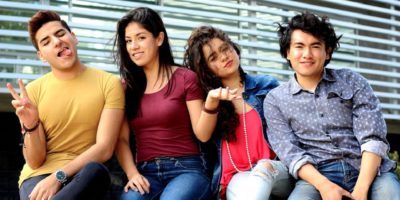 The program, in partnership with the Ontario Provincial Police, is meant to redefine what it means to “be a man” from a toxic tough guy definition to one of standing up for what is right regardless of the situation.

ManUp encourages young men to stand up against violence against women, challenge inappropriate speech and behaviour from their peers and to set an example of appropriate behaviour.

The Orillia campus is the first college to pilot the program in Ontario.

OPP Staff Sergeant Julie Randall says the program was started in 2015 in the Ottawa area by a group high school students. They wanted to do something in response to the story of Glen Canning, a father whose young daughter died of suicide following an incident of sexual assault and cyberbullying.

Randall says they had the idea to bring the program to Orillia after meeting with Glen Canning late last year. They were inspired by the Ottawa program and wanted to bring it to Ontario.

Randall says its not about targeting men, but about a societal change.  “It’s about men encouraging me to do better and change things in society.”

The Orillia Campus program is still in its infancy but there are hopes to spread it across the province.

Men who want to join or volunteer with the program are encouraged to contact the Georgian College, Orillia Campus.