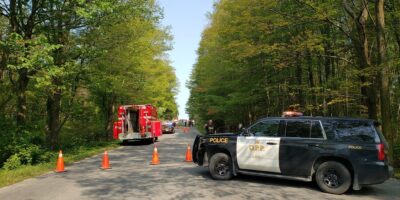 The OPP confirm a crash near Tottenham has claimed a life.

Emergency crews responded to reports of a single-vehicle crash on Adjala-Tosorontio-New Tecumseth Townline Road north of Highway 9, before noon Tuesday. First responders arrived to find a commercial vehicle left the roadway and struck a tree. The roadway was closed between Lines 2 and 3 shortly afterward.

Police confirmed shortly before 1:30 Tuesday afternoon the driver and sole occupant of the vehicle succumbed to injuries sustained in the crash.