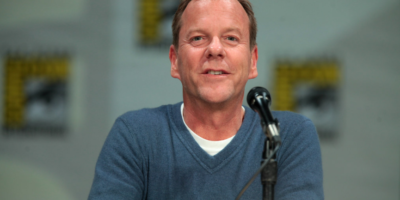 Actor Kiefer Sutherland wants the Ford government to stop using his grandfather’s name for its own political ends.

Douglas founded the Co-operative Commonwealth Federation, which became the New Democratic Party, is recognized as the father of universal health care in Canada.

Sutherland said in a Twitter message that while his grandfather was fiscally responsible, balancing the Saskatchewan budget, it was not at the expense of social and human services to those in need. Adding he found the comparison of Ford policies to Douglas policies offensive.

He’s asked Ford to stop using the Douglas name as part of his political agenda.

He ended by saying, “…you Sir, are no Tommy Douglas.”

I used to like this show- which overtook a very expensive bus shelter ad in fall of 2017 outside Queen’s Park.

Alas, it’s more difficult to be a politician than pretend to be one on TV. pic.twitter.com/o2quQyYl94