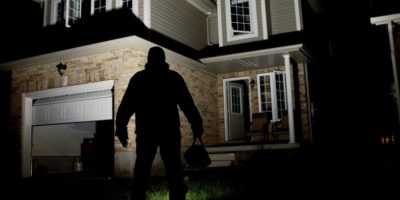 The milder weather of late may not have been enough: you want to go somewhere warmer. Once your flight is booked, make sure your home isn’t left vulnerable.

“You want to make your house look as if there is someone there, even though you may not be.” says Barrie Police Spokesperson Peter Leon, “Certainly by utilizing timers, having a radio playing in the house.” Leon points to the increasing number of smart home devices that allow you to set randomized timers for your lights. “Total darkness is a dead giveaway.”

“The other thing you can do is talk to your neighbours, ask them to pick up your papers, any mail that may be there, any flyers.” he went on to suggest having a car parked in your driveway; if not yours, then a friend’s.

Leon points out while the snow is quickly melting, any left on the front step of your house should be cleared, to give it that lived-in look. After all, would-be thieves know what to look for. “You can walk down any neighbourhood and you can see the people who have been away for an extended period of time. In my own neighbourhood, I’ve seen newspapers accumulating on the end of people’s driveways. With the little bit of snow that was there over this weekend, the driveways were not cleared, there were no fresh tracks going in.”

“You want to leave your home and come back to it the way that it was left” but Leon adds if the worst were to happen, police are a phone call away. “If you come home and you find the door ajar, or it looks like somebody may have been in that house while you’ve been away, give us a call. Let us make sure that the house is empty, then we can deal with the situation afterwards.”