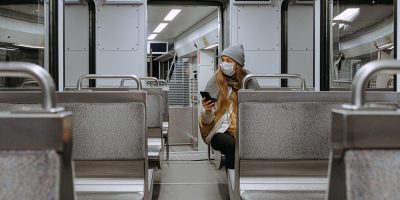 The Province of Ontario has lowered the thresholds of its colour-coded COVID-19 recovery framework, meaning some regions will move into higher tiers with further restrictions. Simcoe and Muskoka will remain in the yellow tier.

Premier Doug Ford announced Friday his government has revised the framework announced just nine days ago, in response to new modelling data that shows cases could balloon to 6,500 a day.

The framework announced on November 4 contains five tiers of response to the ebbs and flows of the pandemic, going from prevent-green, protect-yellow, restrict-orange, control-red, and lockdown-grey. Each with more stringent measures designed to control the spread of the disease.

According to the new thresholds, some areas seeing rising numbers will be moved into higher tiers. This includes York Region moving into the more severe control-red tier which requires broad-scale measures like restricting the number of indoor restaurant-goers to 10.

The Simcoe Muskoka District Health Unit and its coverage area remain in the protect-yellow tier of the framework. It involves fewer restrictions but does require certain measures like halting alcohol sales at 11 p.m. and requiring patron contact information collection. A further breakdown of each tier and its associated restrictions is detailed on the province’s website.

This revision of a barely week-old plan comes following stark new COVID-19 forecasting released Thursday. Ontario public health officials released new modelling data that indicates the province could see thousands of new COVID-19 cases per day by mid-December should steps not be taken to stem the tide. “What we saw was alarming,” said Premier Ford Friday. “If we don’t take action, if we don’t change course in a big way, Ontario is on track for 6,500 new cases per day. That’s 6,500 more people who will catch this awful virus each and every day.”

The change to the colour-coded recovery framework also comes amid criticism of the plan from some within the healthcare industry. “Doctors are worried. It is clear the new tiered framework is not enough to control the virus, which is spreading among more and more people,” Dr. Samantha Hill, president of the Ontario Medical Association, said in a statement. “We must do more to protect the people of Ontario, especially those weaker than ourselves. That is why we are advising our partners in care, Premier Ford and Ontario mayors, to fix this framework and put more resources into testing and contact tracing in the meantime.”

The revision comes a day after the province confirmed a record-high 1,575 cases of COVID-19 throughout Ontario. On Friday, Public Health Ontario announced 1,396 cases.