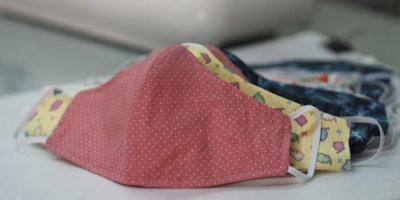 With many people anxious for a return to some state of normal we get a cautionary note from the U.S. Centers for Disease Control (CDC).

CDC Director Robert Redfield said in an interview with the Washington Post, “There’s a possibility that the assault of the virus…next winter will actually be even more difficult than the one we just went through.”

Redfield said the second wave of COVID-19 will be far more dire because it is likely to coincide with the start of the flu season.

Having two respiratory outbreaks at the same time, he said, would put unimaginable strain on the health-care system.

As stay-at-home orders are lifted, officials need to stress the continued importance of social distancing, he said. They also need to massively scale up their ability to identify the infected through testing and find everyone they interact with through contact tracing. Doing so prevents new cases from becoming larger outbreaks.

Governments, warned Redfield, need to use the coming months to prepare for what lies ahead.

There have also been comparisons drawn with the Spanish Flu of 1918, the second wave of which was more deadly than the first.

Circumstances were different then.

The world was at war. There was no physical distancing between troops in the trenches, so it was easy for the virus to spread unchecked.

Still, there was hope at the beginning of August that year that the virus had run its course.

Somewhere in Europe, though, a mutated strain of the virus emerged.

It proved to be even more deadly with the power to kill a perfectly healthy young man or woman within 24 hours of showing the first signs of infection. It caused blistering fevers, nasal hemorrhaging and pneumonia; patients would drown in their own fluid-filled lungs.

Many believe public health officials were partially to blame for the rapid spread of Spanish Flu in the fall of 1918. They were unwilling to impose quarantines during wartime, worried it would cripple the war effort.

Medical science was also lacking. Microscopes that could see something as incredibly small as a virus did not come along until the 1930s.

The hope is to avoid a second, devastating outbreak.