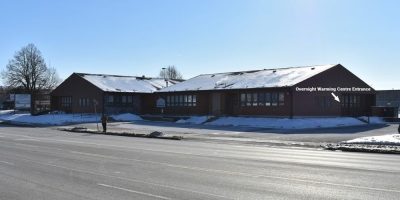 Open the doors and they will come.

The first weekend is in the books at two new warming centres in Barrie and the John Howard Society of Simcoe Muskoka (JHSSM) says they had about 23 people go through.

The doors opened Friday at Trinity Anglican Church downtown, which is being used during the day Monday to Friday, and the Catholic Family Services of Simcoe County uses its Anne Street building as an overnight warming centre seven days a week.

The City of Barrie has put $20,000 on the table to staff the warming centres and has requested $20,000 from the County of Simcoe.

This would keep the centres open until the end of March.

“We’re hoping that if we need to extend for a few weeks if the weather necessitated that we can do that,” said JHSSM executive director Suzanna McCarthy.

JHSSM is participating in meetings with Barrie’s shelter system to make sure everyone is connected. McCarthy says what they offer at the warming centres is just supplementing what is already out there.

The Busby Centre provides a warming centre at its 88 Mulcaster Street location. There are also respite beds the Busby Centre and Elizabeth Fry Society manage at a Bayfield Street hotel.

McCarthy said it was an emotional scene on Friday when the first person entered the Anne Street location.

“The first person we had through the doors came into the centre and ran into the middle of the room and literally jumped and down and started crying.”

Environment Canada has issued an extreme cold warning for the area from Tuesday night until Wednesday morning with wind chill values around minus 33.