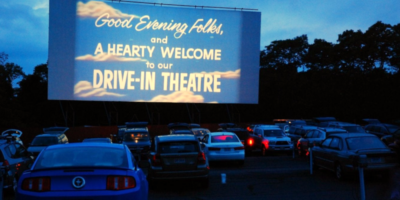 This year, the Barrie Film Festival will look a little different, but that doesn’t mean you won’t have plenty of chances to check out an incredible selection of Canadian and International films.

After a successful premier event for The Cuban at Sunset Drive-In, the BFF knew it would be the perfect place to hold their annual film festival. Kicking off on October 1st there is the bio-drama Percy from Canada and following that on October 2nd is the family adventure Spread Your Wings from France/Norway. October 3rd will be a double bill with the horror flick Anything For Jackson, which was filmed right here in Simcoe County, and the always fantastic Short Film Showcase & Awards screening. Last but not least, the festival will wrap up on October 4th with the dramedy film Heroic Losers.

Barrie Film Festival and A71 partnered up to bring a unique experience to the Sunset Drive-in: A red carpet event complete with Q&A session, musical performance, and a screening of the film.

Tickets for the festival are sold on a per car basic at single, couples, and group rates and there are also some social distancing rules you should familiarize yourself with before you head to the show.

For more information and to grab your tickets, head over to the Barrie Film Festival website.