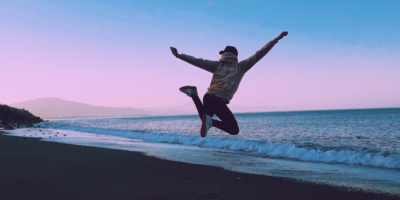 Rain or shine, the May long weekend is the unofficial launch of summer in Ontario. Still is, except the COVID-19 pandemic has made the launch a more muted affair.

There was no early head start to cottage country on Friday. The bumper-to-bumper traffic on Highway 400 through Barrie never happened. Sure, the weather forecast isn’t ideal but when is it on a May long weekend? Either everybody is already up at their cottage or many seasonal residents decided to stap put rather than trek north, heeding the advice of medical officials, the premier, and many mayors from cottage country municipalities across Ontario.

Mayors from Lake Simcoe municipalities issued a joint statement on Wednesday asking day-trippers not to make the trek north.

Provincial parks are open minus the campers. People can access the parks at no charge to hike, walk, cycle and birdwatch.

There is a gradual return to what looks normal for this time of year. Golf courses opened Saturday in the province, with strict physical distancing rules in place. Tee times must be booked online. One person per electric golf cart and clubhouses are only open to use the washrooms.

A spokesman at Bear Creek Golf Club west of Barrie said tee times were filling up Saturday. The course has additional hand sanitizers and there will be food for takeout only.

Bear Creek usually opens the first week of April. The spokesperson said while there was some lost business, a cold spring meant there might have been only about six good golfing days over the past few weeks.

Boat launches have opened in Barrie, Orillia and some Simcoe County municipalities, though not all of them. Some boat launches won’t be ready until Tuesday, others are being prepared for business starting next weekend.

Premier Doug Ford cautioned early this week there should not be a rush for businesses to open if they are not ready.

The first stage also involves allowing libraries to open for pickup and the gradual restarting of scheduled surgeries.