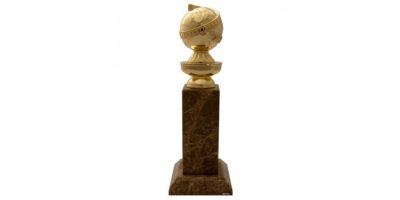 Netflix received 17 nominations, the most of any competitor this year.

The winners will be announced on stage January 5th at the Golden Globe Awards ceremony at the Beverly Hilton in Los Angeles. The below nominees have a chance to receive one of those coveted trophies.

Three of the five films in this category are produced by Netflix: “The Irishman,” “Marriage Story,” and “The Two Popes.”

Best Performance by an Actress in a Motion Picture – Drama

Best Performance by an Actor in a Motion Picture – Drama

“Dolemite Is My Name”

“Once Upon A Time… In Hollywood”

Leonardo Dicaprio, “Once Upon A Time… In Hollywood”

Eddie Murphy, “Dolemite Is My Name”

“How To Train Your Dragon: The Hidden World”

Disney earned three nominations in this category with “Frozen 2,” “The Lion King,” and “Toy Story 4.” The best movies of 2019, ranked 48 photos

“Portrait Of A Lady On Fire” – France

The last time Jennifer Lopez received a Golden Globe nomination was in 1998 for playing the title character in “Selena.”

Tom Hanks, “A Beautiful Day In The Neighborhood”

Brad Pitt, “Once Upon A Time… In Hollywood”

Many fans on Twitter were shocked that Tom Hanks got a “supporting” nomination for his portrayal of Mr. Rogers in a film about Fred Rogers and a journalist who gets to know him.

Quentin Tarantino, “Once Upon A Time… In Hollywood”

“The Irishman” is responsible for five of Netflix’s 17 nominations this year. The streaming platform is the most-nominated network this year.

Quentin Tarantino, “Once Upon A Time… In Hollywood”

“Marriage Story” is the most-nominated film at the Golden Globes this year; it is up for six awards.

“Into The Unknown” – Frozen

Some superstar recording artists are nominated in this category: Taylor Swift, alongside Andrew Lloyd Webber, for “Beautiful Ghosts,” Elton John for  “I’m Gonna Love Me Again,” and Beyoncé, alongside Timothy McKenzie and Ilya Salmanzadeh, for “Spirit.”

HBO received two nominations in this category with “Big Little Lies” and “Succession,” but many fans felt the network’s final season of “Game of Thrones” was snubbed. Newly-minted Apple TV+ earned its first three Golden Globe nominations this year, all by way of “The Morning Show.”

Best Performance by an Actress in a Television Series – Drama

Jennifer Aniston and Reese Witherspoon play “frenemies” in Apple’s new drama, “The Morning Show” — and now, the costars are up for the same award.

Best Performance by an Actor in a Television Series – Drama

Almost all the nominees in this category come from streaming platforms rather than traditional television networks. “Fleabag” and “The Marvelous Mrs. Maisel” are on Amazon, “The Kominsky Method” and “The Politician” are on Netflix, and “Barry” is on HBO — which started as a cable channel and now has its own streaming service.

Christina Applegate, “Dead To Me”

Kirsten Dunst, “On Becoming A God In Central Florida”

Paul Rudd, “Living With Yourself”

Best Television Limited Series Or Motion Picture Made For Television

Best Performance by an Actress in a Supporting Role in a Series, Limited Series or Motion Picture Made for Television

Best Performance by an Actor in a Supporting Role in a Series, Limited Series or Motion Picture Made for Television

Honorary Awards In addition to the above categories, the Golden Globes will also honor Ellen DeGeneres with the Carol Burnett Award and Tom Hanks with the Cecil B. deMille Award.