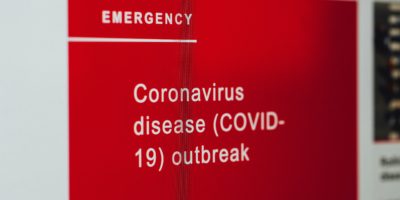 The number of Covid-19 related deaths at Ontario’s nursing and retirement homes is much higher than officials first reported this week. On Monday Dr. Barbara Yaffe, Ontario’s associate chief medical officer of health, confirmed 11 deaths, but that number is reportedly now as high as 29 – based on information gathered by CBC News.

During Wednesday’s conference call with reporters, Premier Doug Ford referred those questions to his health minister. “We are very concerned about outbreaks at long term care homes,” said Minister of Health Christine Elliott. Elliott was asked why those numbers were not released. “It’s a very fluid situation, it might have been a change in the numbers,” she added.

The Simcoe Muskoka District Health Unit (SMDHU) says its caseload has risen to a total of 62 cases across the region. Among the latest lab-confirmed cases is an employee of Spencer House, a long-term care facility in Orillia.

The CBC is reporting that 22 facilities for seniors are currently facing outbreaks of COVID-19, according to the public health units.

Doug Ford: “A surge is coming”

Public Health Ontario saw another single-day high. There were 426 new cases of COVID-19 on Wednesday, bringing the total number to 2,392. So far 155 people have recovered in the province.

There were 1,300 new coronavirus cases Wednesday in Canada, and 9 more death. Chief Medical Health Officer Dr. Theresa Tam says there are now 9017 cases, including 105 deaths since the outbreak began.

Premier Doug Ford warned of a surge of COVID-19 cases that will hit the province, adding there are dark days ahead and very little separating Ontario from the devastation seen in Italy and Spain. “We want to be like South Korea or Germany, but we are going through turbulent waters.”

A new $50 million fund to help businesses retool their operations was also announced Wednesday. Ford said they want to hear how the business community can help produce medical equipment and personal protective gear.

Ford thanked Bruce Power in Kincardine for donating 600,000 pieces of personal protective equipment. Bruce Power, Canada’s only private nuclear generator, says that donation of gloves, masks and gowns is intended for health-care workers across the province.