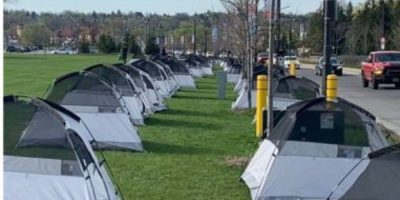 The Barrie Housing and Homelessness Justice Network (BHHJN) says it is seeking accountability from the City of Barrie and the County of Simcoe.

The group is made up of individuals who work in the homelessness and housing sector. BHHJN has been endorsed by more than 100 people and several organizations including the Busby Centre, Ryan’s Hope, Grace United Church, and the Elizabeth Fry Society.

On its website, the group says it is seeking immediate action and long-term sustainable solutions to address the predictable yet premature and preventable deaths resulting from the inadequacies and injustices in the shelter and housing sector.

“In consultation with service providers and people with lived experience of homelessness in our city, we have developed a list of eight demands,” BHHJN says on its website.

There is no apology from van Gennip for the bluntness of their messaging.

“Part of the reason we went with strong language and called it demands is there’s just been a real lack of accountability,” she says. “Some of the housing services come from the City of Barrie, but all the social services are done through the county.”

This also includes the funding of shelters in Barrie such as The Salvation Army and Youth Haven.

van Gennip claims they were not able to get on the agenda for the last couple of city council meetings before the October 24 municipal election because some city councillors felt their language was too strong.

As a group, van Gennip says they talked about softening the language.

“That has gotten us nowhere, and we’re a little tired of asking politely for people’s basic human rights to be met.”

She accepts the fact that when it comes to housing, municipalities do need support at the provincial and federal levels, but van Gennip says that doesn’t take the city or county off the hook.

Banner image: 150 tents were pitched along Lakeshore Drive in Barrie (May 2022) by the Busby Centre and the Elizabeth Fry Society to represent what they say is the growing number of people who are homeless in the community. (FILE PHOTO)