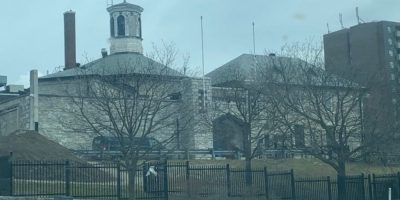 Converting the Barrie Jail into affordable housing was not the intent, according to Coun. Mike McCann, during a sometimes heated discussion at council on Monday evening over the future of the Mulcaster Street property, which is located next to the Barrie courthouse.

McCann’s motion asked that staff be directed to investigate the feasibility of purchasing the closed facility for a nominal cost for the purposes of preservation and affordable housing with the Ministry of Community Safety and Correctional Services and/or Infrastructure Ontario, the province’s property manager, and report back.

The motion was defeated, but not before concerns were expressed by Coun. Natalie Harris and Coun. Keenan Aylwin about the stigmatization that might go along with providing affordable housing on the jail property.

Aylwin said he had major concerns about the message it sends and the stigma that’s attached to it.

“I think we need to be supporting dignified, affordable social housing for everyone,” he said. “I don’t think that this proposal does that, and to be honest, it doesn’t really seem like a serious proposal to me or very well-thought-out.”

McCann argued the idea was to pitch to the province that the city wants to preserve, restore and refocus the Barrie jail into something that’s going to bring tourism to the community.

“The land around the Barrie jail we can convert into housing affordability for our young professionals and our retired culture,” he added.

Coun Ann-Marie Kungl said the County of Simcoe’s affordable housing committee, of which she is a member, has for the past couple of months been promoting the county to take an advocacy stance to engage the Ministry of Housing and Municipal Affairs to look at identifying surplus lands that could be made available, particularly to municipalities at a reduced cost than the current market.

“I believe the process is underway through the county,” she said.

Coun. Claire Riepma’s amendment to the motion that would have put the onus on the province to provide affordable housing on the property was defeated.

He said the difference from what Coun. McCann was suggesting is that he didn’t want the city to own the Barrie Jail.

The Barrie Jail was a maximum-security facility that opened in 1841 and closed in 2001.

The jail is managed by Infrastructure Ontario as a Provincial Heritage Property of Provincial Significance, on behalf of the Ontario government, and part of the property is used for ministry services.

In response to Aylwin’s comment about stigmatization, McCann said there was no intention that he wanted to put affordable housing inside the jail. Instead, he tossed around ideas about turning the jail into a museum or boutique hotel, with affordable housing on the same property.

“I don’t think I have to tell anybody that we are in a housing affordability crisis,” McCann said. “So sitting back and being patient, with all due respect, is the exact opposite of what we should do. We need to get on the balls of our feet and start acting. “

Harris fired back at those comments.

“Raising your voice about it isn’t going to change the fact that we’re talking about the jail for affordable housing, even if it’s still on the property. The amount of stigma around this that isn’t being recognized is shocking, to be honest,” she said. “And to kind of infer that we (city council) haven’t been already discussing other areas for affordable housing throughout our term is just not true. We have very valid reasons why we are voting against this, and it’s not really fair that you’re throwing at us that we’re not considering affordable housing in our city.”

She suggested it was insulting.