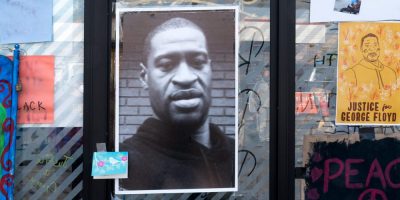 Three Minneapolis police officers have been charged with aiding and abetting Derek Chauvin, who’s charge in the killing of George Floyd has been upgraded to second-degree murder.

Minnesota Attorney General Keith Ellison, who announced details of the charges Wednesday, said that it could take months to build a case ahead of the trial.

“George Floyd mattered … his life had value, and we will seek justice,” Elllison said.

Floyd’s death has ignited protests around the world. Cities across the U.S. have seen protesters clash with police, and some areas have been hit by looting.

Related: Ways to continue to activate beyond social media

There’s a Black Lives Matter demonstration on Thursday in Barrie as organizers call for justice for victims of police violence.

The demonstration begins at 5 p.m. with a march from City Hall to Meridian Place.

Barrie Mayor Jeff Lehman knows tension from south of the border is being felt here in Barrie, but he hopes it doesn’t boil over.

“I believe the organizers are asking everyone attending for an entirely peaceful gathering,” Lehman said.