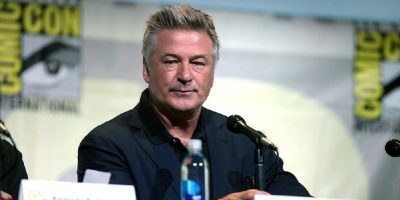 A wrongful death suit has been filed against Alec Baldwin.

The family of late cinematographer Halyna Hutchins filed the suit against the actor and several others following the shooting on the movie set “Rust.”

The suit claims several industry-wide safety practices on the film were ignored.

During rehearsal in October 2021, the gun Baldwin was holding went off, and a live bullet struck and killed Hutchins and wounded director Joel Souza.

Baldwin has said he thought the gun was “cold,” meaning it was safe to use, and that he didn’t pull the trigger.

At a conference in Los Angeles, the lawyer for the Hutchins family said that Baldwin bore “a significant portion of liability” because he was holding the weapon that killed Hutchins.

The lawyer stated, “The lawsuit names Alec Baldwin and others who are responsible for the safety on the set, and whose reckless behaviour and cost-cutting led to the senseless and tragic death of Halyna Hutchins.”

Other defendants include the armorer and assistant director.

New Mexico police are investigating; no criminal charges have been filed.

Five original cast members from “A Christmas Story “will reprise their childhood roles in its upcoming sequel.

“A Christmas Story Christmas” starring Peter Billingsley as “Ralphie” is in the works. (let’s ignore the straight to DVD Christmas story 2)

The film takes place 30 years after the original events and follows Ralphie as he returns to his childhood home with his own family following his father’s death.

Deadline magazine reports that Ian Petrella will be returning to his role as Ralphie’s weird younger brother. Scott Schwartz is coming back as “Flick,” better known as the kid who got his tongue stuck to a pole.

R.D Robb is back as the kid who issued the triple-dog dare.

Billingsley is also producing the film alongside Vince Vaughan.

No release date’s been set, but filming is expected to start soon.

It deliciously padded our waistlines while padding Tim Horton’s pockets.

A collaboration between Justin Bieber and the coffee chain saw the creation of the wildly popular “Timbiebs,” in fall 2021.

A spokesperson for Tim Hortons says that more collaborations are on the way this year.