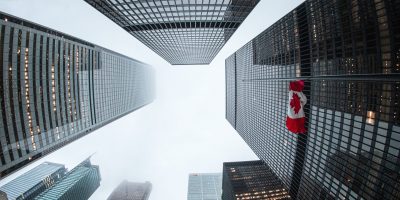 The Bank of Canada (BOC) held its target for the overnight rate amid the third wave of the COVID-19 pandemic.

The BOC is holding the key rate at 0.25 per cent and raising their prediction for economic growth to 6.5 per cent in 2021.

This comes as housing experts warn that both speculative activity and historically low interest rates are fuelling already hot markets.

Bank of Canada Governor Tiff Macklem says they need supply to catch up with demand.

“My concern is that up against a backdrop of rapid price increases, people will extrapolate and overstretch to buy homes,” Macklem said Wednesday.

Macklem believes the current house price increases are “rooted in fundamentals,” but he said they are seeing some signs of “extrapolative expectations and speculative behaviour.”

The key interest rate target has been at 0.25 per cent for over a year now.

The BOC initially set that target during the onset of the pandemic in a move to keep interest rates low and help boost the economy.

The move seemed to make sense in May of 2020 as experts, like those at Canada Mortgage and Housing Corp, predicted housing prices would fall by as much as 18 per cent.

As we know now, the opposite happened and both demand and prices continue to surge.

“We will continue to aid the economy until slack is absorbed and inflation is back at its two-per-cent target,” Macklem said.

The federal government expects inflation to jump in the coming months.

“We think we will get back to an economic recovery sooner than we initially thought and that’s a good news story,” Macklem said. “We expect inflation to ease back toward 2 per cent in the second half of this year and fall further due to the excess capacity in the economy. Inflation should then return to two per cent on a sustained basis as slack is absorbed in the second half of 2022.”

The Bank of Canada also welcomed the recent proposal by the Superintendent of Financial Institutions (OSFI) to introduce a fixed floor to the minimum qualifying rate for uninsured mortgages.

The OSFI wants to increase the minimum floor of the qualifying rate to 5.25 per cent, or two percentage points above the market rate, whichever is higher.

Macklem says the BOC will be watching developments in the housing market and will have more to say during their Financial System Review in May.