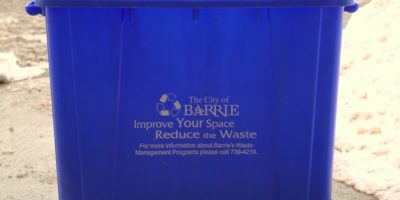 The City of Barrie is making moves to cut down on plastics, with a baby step and a giant leap.

At it’s Monday night meeting, Barrie Council tentatively voted to look into a ban on single-use plastics from all city-owned facilities; that includes arenas, rec centres, and City Hall itself. City staff will start looking for alternatives and report back to council in the coming weeks.

Council also voted to put the onus on producers to cover the cost of a municipal recycling system. This move follows a provincial decree months ago to make manufacturers fiscally responsible for recycling the packaging they produce. The City of Barrie is expected to extend its current waste services contract until the Spring of 2024, after which it will transition to a producer-responsibility model.

In August of last year, Environment Minister Jeff Yurek announced the Ontario Government would switch the province’s blue box program to a producer responsibility model, with claims it would promote innovation and increase Ontario’s recycling rates, while saving taxpayer dollars.