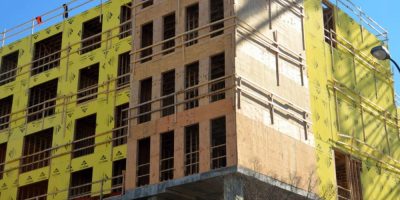 The City of Barrie is on track to break the 1,000 mark for building permits for housing this year, for the first time in 15 years.

Mayor Jeff Lehman says most of the permits are for townhouses and apartments, “The city’s changed how we’re growing, so fundamentally, to build more apartments and rental apartments. And that is what’s needed, you know, for people living on their own, for seniors later in life, whoever doesn’t need the space and wants a smaller, maybe less maintenance kind of way to live.”

Lehman says the city just didn’t build enough of these kinds of units over the years, and it’s one of the reasons why Barrie has disproportionately high rents.

The mayor adds the increase in permits is encouraging from an economic point of view, “because every home and apartment that’s built… there are people building it, and working doing it, and a lot of spin-offs into the economy.”

Still, he says, we’re not going to build our way out of all the issues, “We need supportive housing, which is about government services. We need social housing, which is government investment. But you know, on the broader scheme of the runaway real estate market and the price of rent, this is part of the solution, and seeing those numbers come up is a good sign.”