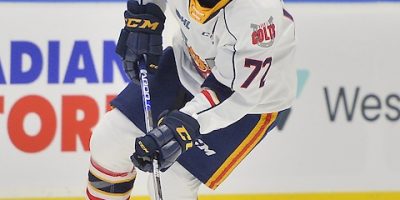 For the Barrie Colts, the puck stops with COVID-19.

The team will play just one of three scheduled games through the weekend due to COVID-19 protocols affecting other clubs.

Thursday’s home tilt against Sudbury and Friday’s road match in Kingston have both been postponed. The Colts are scheduled to play in Ottawa on Saturday afternoon. Kingston’s game in Oshawa on Sunday has been postponed.

This is the fourth Barrie Colts game so far this month that has been postponed because of COVID-19 protocols impacting other teams. The other two games also involved the Sudbury Wolves (Dec. 3/Dec. 4).

The Wolves have yet to play a game in December. At least 11 players have tested positive for the virus.

The Erie Otters announced on Wednesday the club suspended team activities after 13 players tested positive for COVID-19. The Otters game in Guelph on Friday and at home Saturday against Kitchener have been postponed.

The Rangers game in Owen Sound was postponed on Wednesday. According to the Ontario Hockey League (OHL), the decision was made due to COVID-19 protocols affecting the Attack and out of an abundance of caution.

The league announced late Thursday afternoon that two games involving the Attack against London and Sarnia this weekend have been postponed.