Colts netminder and Florida Panthers prospect Mack Guzda is the OHL Goaltender of the Week for a third time this season.

He went 3-0 last week with a 1.33 goals-against average and .955 save percentage, helping to end the team’s seven-game losing streak

Guzda stopped 84 of the 88 shots he faced as the Colts defeated Owen Sound, Mississauga and Oshawa.

Guzda stopped 24 of 26 as the Colts beat the Attack 5-2 on Tuesday night. He was chosen 1st Star on Friday in Mississauga, backstopping the Colts past the first place Steelheads 3-1 with 33 saves. And rounded out the week earning the 2nd Star with 27 saves as the Colts defeated the visiting Oshawa Generals 5-1 on Saturday.

He signed an NHL contract on Feb. 7 with the Florida Panthers as an undrafted free agent. 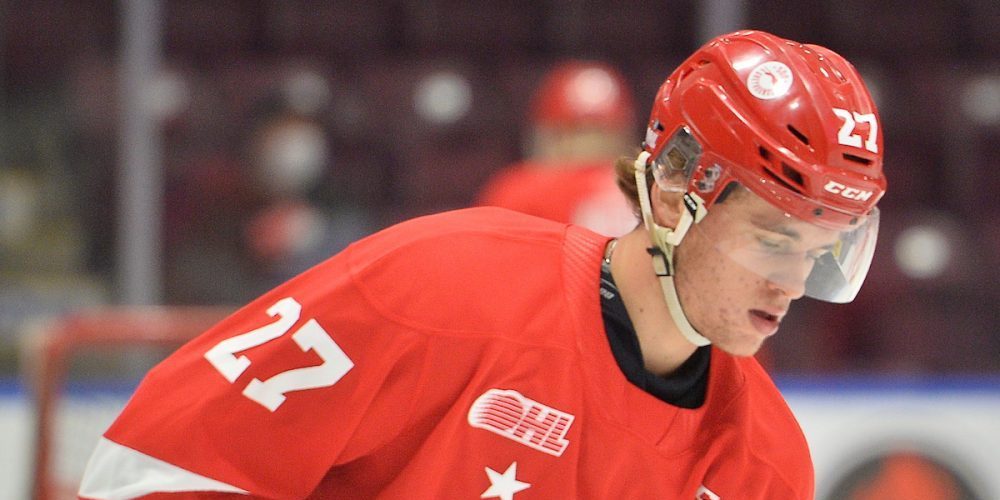