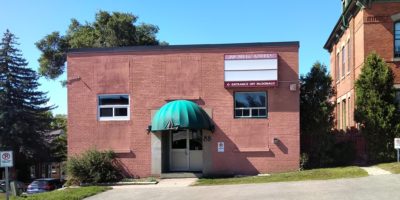 Advocates say an extension of the emergency motel model for Barrie’s homeless to July 15 is definitely not enough.

On Friday afternoon, the Busby Centre and the Elizabeth Fry Society issued a statement that the program at the Travelodge on Bayfield Street that was to end June 30 was given a two-week extension. Though, fewer units are being made available.

A ‘Housing for All’ rally is taking place Saturday that will begin at the Travelodge at 10 a.m. with marchers making their way to Meridian Place downtown.

“Barrie is facing a crushing housing and homelessness crisis,” says Coun. Keenan Aylwin, whose Ward 2 includes the downtown. “Hundreds of our neighbours have been denied their basic human right to housing.”

Mary Anne Demy-Lusk, Barrie chair of the Simcoe County Alliance to End Homelessness, will be at the rally and says there is also another message that needs to be driven home.

“The other message is trying to make housing more affordable, and offering different supportive housing and transitional housing, to just make the government more accountable for funding and to build more housing.”

She says the two-week extension of the emergency motel model is helpful, but the housing crisis isn’t going to be fixed in two weeks.

In 2022, the average cost for the motel model was $850,000 per month including motel costs, staffing and program expenses to run the program at the Travelodge, housing as many as 140 to 175 people nightly.

When the Busby Centre and Elizabeth Fry return to their shelter locations, there will only be 62 beds total, leaving over 100 people possibly without shelter.

“When we have people experiencing homelessness, these people are more likely to need emergency services, ambulance, fire and police, or they might be sick and injured more easily, and that’s a strain on our healthcare system,” says Aylwin. “When we invest in housing and give people a safe, affordable place to call home, we actually end up saving money in the long run.”

Demy-Lusk says organizations and shelters are doing everything they can to try to find temporary housing, but notes there’s a bigger picture to it, and they’re just trying to piece everything together as quickly as possible.

In their statement, the Busby Centre and Elizabeth Fry Society said several alternate sites are under review and consideration.