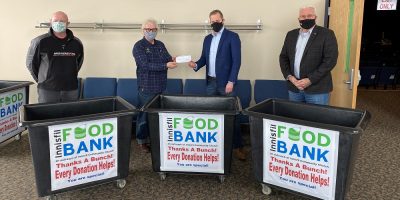 A local effort to raise funds has paid off for a pair of food banks.