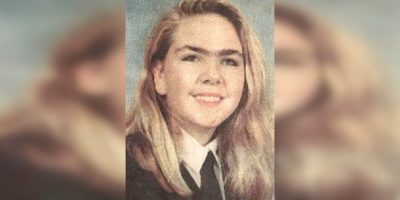 It took some time, but the Barrie Police Service has made an arrest in connection to the 1994 murder of Katherine Janeiro.

On Monday, October 10, 1994, 20-year-old Janeiro was found dead in her Dunlop Street apartment. Her cause of death was determined to be multiple stab wounds.

Twenty-six years later, police have arrested a 58-year-old Barrie man and charged him with murder. His arrest was prompted by a tip provided to police a year ago after Katherine’s case was included in the Simcoe County Case Files project, a public awareness program highlighting local cold cases.

Katherine’s daughter Dawn, only two at the time of her mother’s death, says this arrest will help ease her decades-long grief. “I want to thank those who never gave up hope in looking for my mother’s murderer, she said in a written statement via police. “I wish my grandparents, Dinora and Fernando Janeiro, were alive to see this day. Grief is the most familiar feeling to me. Closure on my mother’s case will help to finally bring me some peace.”

“The announcement of an arrest in a historical investigation is one that can bring about mixed feelings of emotion for the family involved,” added Barrie Police Chief Kimberley Greenwood. “The fact that today we can hold someone accountable for the violent death of Katherine Janeiro should serve as proof that no homicide case is ever closed until an arrest is made. I commend our detectives, both past and present, for their persistent determination to see this investigation through to the end.”