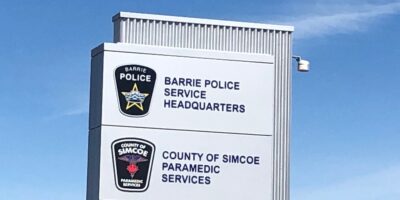 Ontario’s Special Investigations Unit says charges are not warranted against Barrie Police in the death of a 79-year-old woman who fell from a 10th-floor balcony at a building on Kozlov Street.

Officers were called to the apartment on March 25 to check on the well-being of a woman. The caller, who had been talking with the woman by telephone, told police she sounded delusional and may be having a panic attack.

When their knocks on the door went unanswered one of the officers returned to the main floor to get a key for the unit. At that time another resident of the building informed the officer a woman was lying on the ground outside the building.

The victim was pronounced dead at the scene.

The Director of the Special Investigations Unit, Joseph Martino, has determined there are no reasonable grounds to believe either officer committed a criminal offence in connection with the woman’s death.

The Special Investigations Unit is a civilian law enforcement agency that investigates incidents involving police officers where there has been death, serious injury or allegations of sexual assault.