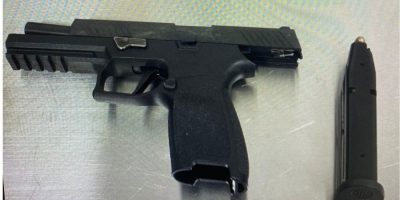 Barrie Police called downtown shortly after two o’clock Sunday morning after receiving a report of a man with a gun “standing on a Dunlop Street East sidewalk.”

When officers approached the man, police say he fled down an alleyway but was nabbed a short distance away.

A 20-year-old Markham man faces weapons and drug charges, as well as failing to comply with a court-related release order.

He was to appear for a video bail hearing on Monday.