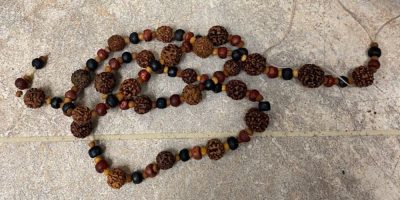 Police say a man whose body was found in Kempenfelt Bay on Friday morning was 78 years old and from Barrie.

Some people fishing made the grim discovery between 6 a.m. and 7 a.m. in the area of the Tiffin Boat Launch.

Not long after the body was discovered, police sought the public’s help in trying to identify the victim, and Leon told Barrie 360 posts to social media helped investigators do that.

When the man was located, he had no identification but was wearing two pieces of jewellery.

Banner image: One of the pieces of jewellery found on a man pulled from Kempenfelt Bay on Oct. 28 (IMAGE PROVIDED BY BARRIE POLICE)