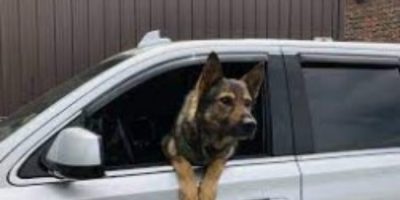 Sunday was one of the few warm days the region has had in April, and Barrie Police were called by someone who reported a dog left unattended in a vehicle.

Spokesman Peter Leon says police were contacted around 2 p.m. about a dog that was “very furry in description” and was panting.

By the time officers got to the parking lot of the plaza on Bayfield Street, the vehicle was gone.

“When things like this have happened in the past, usually when the owner does return, they usually get an earful, most often from the concerned citizen who contacted police,” says Leon.

Mid-afternoon Sunday under sunshine and blue sky, the temperature was in the low 20s.

“The report we received was the dog was panting, so obviously the dog was exposed to the overheated vehicle.”

Leon says the best place for a dog in the warmer weather is at home.

“They will have air conditioning or free-flowing air, but certainly not in a vehicle where we know it can overheat very quickly.”