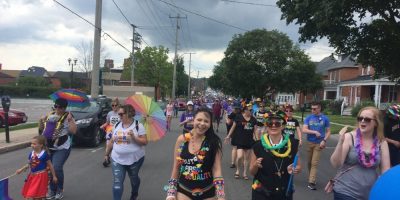 There is going to be plenty of additional foot traffic in downtown Barrie on Saturday, as the Pride Parade makes its return after being sidelined for the past two years because of the COVID-19 pandemic.

The last parade was in 2019 and thousands of people lined the streets for the event.

This is the seventh edition and will include a festival at Meridian Place following the parade and a fireworks display beginning at 9 p.m.

The parade begins at 2 p.m. from the H-Block next to the Barrie Public Library on Worsley Street, where it will also finish about an hour later.