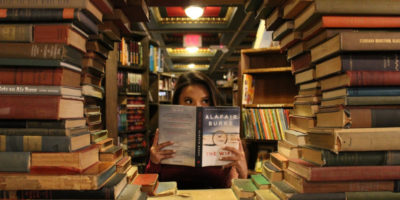 The Barrie Public Library is throwing down the gauntlet.

The library has announced it will join four others in a cover-to-cover book reading competition called Simcoe Reads.

Barrie’s library will join those of Essa, Innisfil, Midland, and Bradford-West Gwillimbury in this competition. Each will choose one book with which to take part in the challenge, along with a local celebrity to champion the title. Barrie has chosen the title An Ocean of Minutes by Thea Lim, and Kool Fm announcer Lisa Morgan to fight for the honour.

Participants are encouraged to read all five choices, pick a favourite, and watch celebrities debate live in September to see which book is crowned champion.

Visit the Barrie Public Library website to learn more about Simcoe Reads, including info on how to sign up.