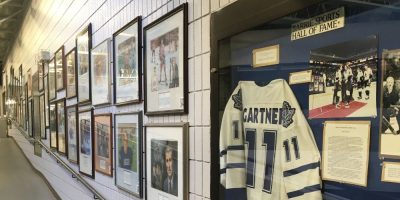 As the Barrie Sports Hall of Fame Society welcomes in its 2022 inductees, the organization is trying to navigate into the future, while still respecting the past.

The newly added names to the hall of fame were announced at an event Wednesday evening at the Allandale Recreation Centre.

Tom Ewles, Chairman of the Barrie Sports Hall Of Fame Society, says the induction ceremony is still a significant way to acknowledge sporting excellence in the community, and allows inductees to tell their story and reunite with old teammates or coaches, but says they need to look at complimenting it in other ways.

Ewles says the society is facing challenges with limited space, issues with recognition in Barrie, and fewer members, and they need a spark.

“I’m looking for a kickstart,” Ewles said. “The induction is the continuation of what we used to do, and we’re happy to be able to do it live again because there is value to these individuals … to receive the honour and the unveiling of their portrait and hanging it on the wall. But the second part of it is really the kickstart, I’m looking for some new energy, some new ideas.”

He noted there are roughly 90 portraits of inductees at the Allandale Recreation Centre, and it’s running out of space.

Ewles suggested having portraits and other sporting memorabilia placed around the city via kiosks at other recreation centres, malls, and downtown establishments, and creating more online, interactive tools.

Another issue the society is facing, Ewles says, is the Barrie community has become more mobile, with residents coming and going more often.

“They’re unfamiliar with the sporting history here,” said Ewles. “No longer does a child grow up in Barrie and have his minor or sporting experiences here up to a level where he may be classified as an elite or carded athlete and then moves on to another organization … a lot of people are moving from community to community.

“So, it’s getting harder and harder to recognize who is that sporting excellence in town. So we’re losing the history of those heroes from bygone years.”

The chairman says the hall of fame is also losing more members from its board, including three or four during the pandemic – during that period they cancelled the 2020 induction ceremony, and did it virtually in 2021.

He says that put them behind a little bit, and so, they’ve planned a “futures meeting” for this November. The hall will ask for community involvement from sporting organizations, past inductees, award winners, and board members, to come together and discuss what direction they should go in, and determine two or three short-term objectives they will work towards.

Ewles says it’s a blending of respecting the past and working with future ideas/technology.

“The younger generation is certainly looking for a more digital or an electronic type of demonstration or display system,” Ewles said. “Whereas a lot of the older people, such as us, still love the displays of a goaltender glove, or a hockey stick that scored the winning goal.”

Ewles says he’s committed for the next two to five years at the chairman level, and is optimistic going forward.

“That would be my core thing is let’s get some new blood, pass it on while us old fellows are still around,” he said. “Start looking at those future heroes and following careers or following directions. It’s having the bodies to deliver programs, and some freshness.” 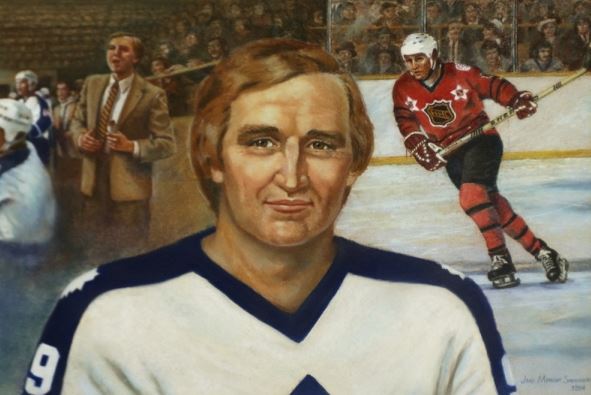