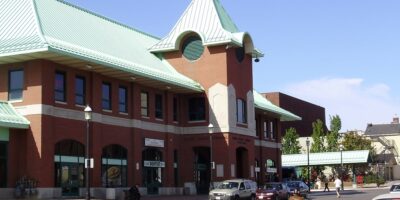 The City of Barrie has opened the downtown transit terminal at 24 Maple Avenue as a warming centre for the duration of the extreme cold warning.

In a news release, the city said when Environment Canada issues extreme cold warnings for the area, Barrie makes a facility for anyone who needs to get out of the cold.

“Safety protocols will be followed to ensure physical distancing,”read the release. “Screening will take place and face coverings must be worn in all indoor public spaces.”

The city said the County of Simcoe provides overnight shelter through their emergency motel system.

For more information, the city says visit the County’s website or call Service Simcoe at 705-735-6901.

The lack of a seven-day-a-week warming centre in Barrie during the cold of winter has blossomed into a hot issue.

The city tasked the John Howard Society of Simcoe Muskoka to take the lead in finding a property.

A potential location fell through, according to Coun. Natalie Harris, because of fire code issues.

Harris has said there are discussions underway with two downtown churches.

Environment Canada said wind chill values Monday night into Tuesday morning could be in the minus 30 to minus 35 range.