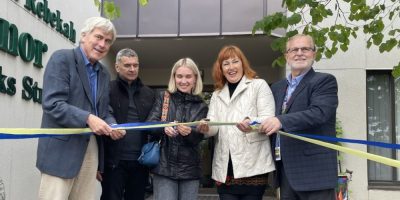 Barrie has become a new home for a group of Ukrainian refugees.

They were welcomed to their apartment complex, leased to them by the IOOF Seniors Home, on Saturday, October 8, afternoon as part of the grand opening of the Ukrainian Cultural Centre of Barrie and Simcoe County.

Oksana Yakusha, volunteer from the Ukrainian Community in Barrie and an integral coordinator of the initiative, says the moment feels like a miracle.

“I know how hard it was for Ukrainian families that came,” said Yakusha. “They fled from war. ‘How hard for them to do their first step in Canada?’ And this apartment, it’s amazing.”

Fifteen units in the complex at 10 Brooks Street are occupied by the refugees, with three more scheduled to be tenanted soon – for a total of 18 units.

They have been living in the spaces since the beginning of September, but this event signified a true welcoming.

Yakusha says the adjustment to their new environment and home will take some time, especially because of what they have been through.

Festivities to acknowledge the moment included a ribbon cutting, along with traditional Ukrainian music and songs being played and sung.

“This is just amazing,” said Garry Hopkins, CEO of the seniors home. “Just to see the expression on their faces of excitement, and they have a place of safety that they can come to.”

Leasing of the units to the refugees lasts until the end of March 2023.

The Donation Centre and Ukrainian School, at the same location, were also formally celebrated at the event.

Roman Plawiuk, Chair of the Exaltation of the Holy Cross Ukrainian Catholic Church and a key member of the Ukrainian Community in Barrie, says a lot of hard work was done to make things come to fruition.

“The community has really come together and in record speed,” said Plawiuk. “To help clean the buildings, the apartments, to help furnish them. We just mobilized and got ‘er done, and refugees are in their apartments.”

Plawiuk says no more donations are needed at the moment, as they have so much that organizers require time to sift through received items. 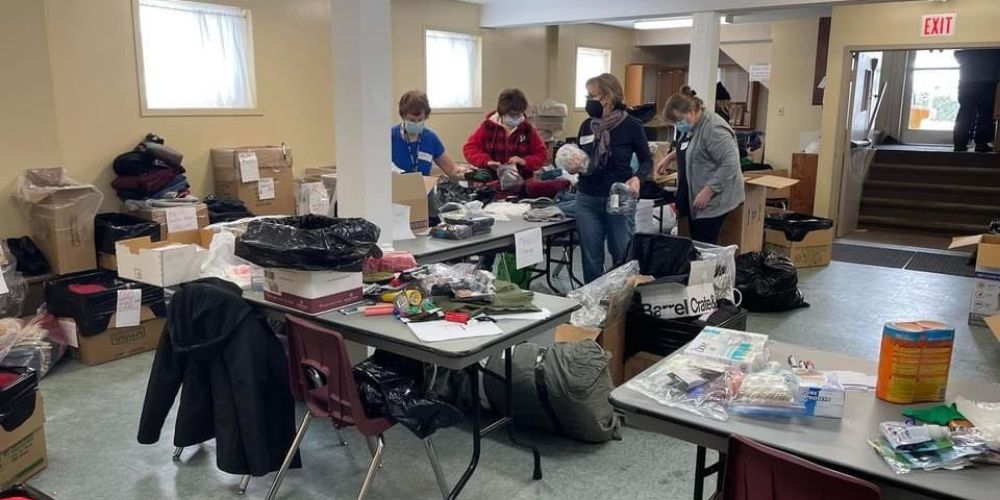