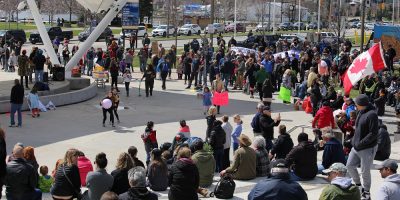 Barrie Mayor Jeff Lehman issued an emergency order this morning to close and fence off Meridian Place. This comes in direct response to the protests that have been held there for the past number of weekends.

“In the interests of public health and safety, I have signed an emergency order closing Meridian Place,” said Mayor Lehman in a statement. “The gatherings that put people’s lives at risk need to stop. I want to thank residents of Barrie who have stayed home to keep each other safe at this critical point in the pandemic. The city will continue to pursue additional steps to stop illegal gatherings and hold those responsible accountable.”

Anti-mask and anti-restriction protests have been held at Meridian Place for several weeks in a row and have attracted a controversial list of speakers in that time. To date, police have handed out over two dozen provincial offences notices to protest organizers and participants.

In a statement released on social media, one of the organizers of the ongoing rallies says Lehman is making moves to stop a “peaceful assembly that gives a voice to thousands,” and challenges City Hall to seek an injunction to halt the protests. Organizer Tyler Nicholson claims Lehman’s actions violate Canada’s Charter of Rights and Freedoms. 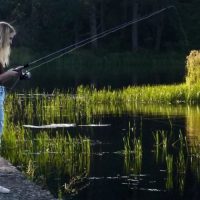