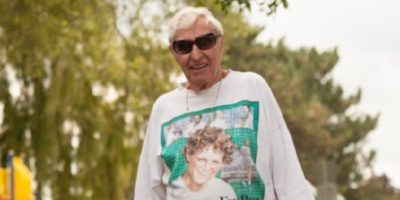 Will Dwyer is the birthday boy at Open Air Dunlop.

Dwyer, who has raised more than one million dollars for the Terry Fox Foundation, will mark his 96th birthday at Meridian Place in downtown Barrie on Saturday.

The local Terry Fox Foundation will be serving cake and cookies, and Dwyer is hoping to connect with donors – past and present – to celebrate with him.

Dwyer was diagnosed with prostate cancer three years ago and spent more than three months in hospital earlier this year.

His son, Robert, says his dad can no longer go door-to-door collecting donations. However, that hasn’t stopped Dwyer from pushing ahead with his usual determination to raise another one million for the Terry Fox Foundation.