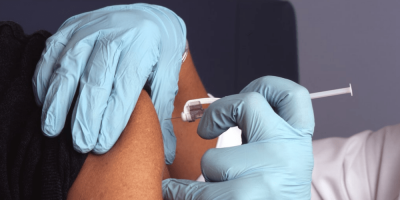 A military officer out of Base Borden is facing a rare mutiny-related charge after allegedly speaking out against the distribution of COVID-19 vaccines.

A National Defence spokesperson confirmed in an email to Barrie 360 that Officer Cadet Ladislas Kenderesi, a member of the Reserve Cadet Instructor Cadre at CFB Borden, has been charged with one count of endeavouring to persuade another person to join in a mutiny and one of behaving in a scandalous manner unbecoming of an officer.

These charges came following a speech at an anti-lockdown rally in Toronto on December 5. A man wearing a full military uniform reportedly spoke out against what he called a “killer” vaccine and urged others in uniform to disobey orders to distribute them.

National Defence says an investigation began shortly after the rally, and Kenderesi was subsequently removed from performance of military duties. He remains on military books pending the outcome of charges laid.

This officer would be the first service member to be charged with mutiny-related offences in over twenty years, a charge that carries a sentence of life imprisonment if found guilty.