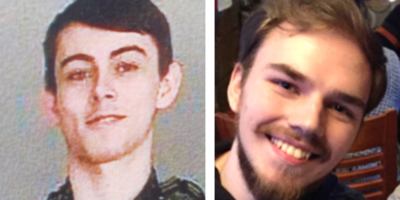 The OPP is warning two B.C. teens wanted for three murders in their home province may be heading to Ontario.

There is evidence the pair was last seen in northern Manitoba. A burned-out vehicle they had been travelling in was found Wednesday in the remote town of Gillam.

An Australian man and an American woman were found dead this month in northern B.C., followed by the discovery a man’s body a few hundred kilometres away.

The Mounties have charged the teens with second-degree murder in the death of Len Dyck of Vancouver. Canada-wide warrants have been issued for their arrest.

The father of one of the suspects says his son had a troubled upbringing, struggling through the divorce of his parents when he was 5-years-old. He says this manhunt is likely to end in the death of his son.

RCMP urged the public to remain vigilant for the suspects, and have considered them to be “armed and dangerous.” Police say the pair might be travelling on foot or even travelling separately.