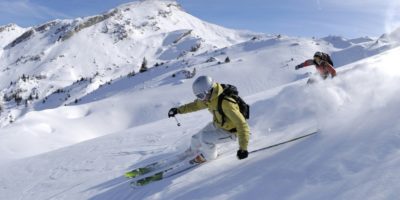 An annual volunteer-run event is swinging back into town.

“Skiing can be relatively expensive to get into,” says Barrie Ski Swap’s Vesa Heino, “so if you can get your equipment at sort of a swap rate, then if you really do like it then, of course, you can invest in bigger, better equipment later on. You’re not emptying your wallet.”

New to this year’s Swap, a program called Let It Ride. Bring your gear to the swap on Friday or Saturday, pay a registration fee per item, and the equipment will travel to up to five swaps until it sells. You’ll get a cheque mailed to you, minus commission.

The Swap runs until Sunday afternoon at the Bradford Greenhouse Garden Gallery on Highway 90 just outside of Barrie.